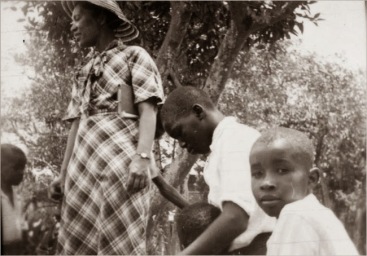 On a warm Florida evening in 1927, Zora Neale Hurston sat beneath a large oak tree with local residents of Fort Pierce. They were engaged in a “lying contest”, swapping stories to entertain each other, and the clear champion was a man called Mack C. Ford. He told Zora a story which she later printed in two versions – one in her essay “Characteristics of Negro Expression” in 1934’s Negro: An Anthology, and one with the full context in her landmark ethnographic work, Mules and Men (1935). Called “Why De Porpoise’s Tail is on Crossways”, the story starts with God, who after he “done made de world and everything”, hung the Sun up in the sky and told it to run around a long golden track. The length of time it took the Sun to run around the track would become the length of the day. But an eavesdropping porpoise had other ideas…

De Sun went zoomin’ on cross de elements. Now, de porpoise was hanging round there and heard God what he tole de Sun, so he decided he’d take dat trip round de world hisself. He looked up and saw de Sun kytin’ along, so he lit out too, him and dat Sun! So de porpoise beat de Sun round de world by one hour and three minutes. So God said, “Aw naw, this aint gointer do! I didn’t mean for nothin’ to be faster than de Sun!” So God ran dat porpoise for three days before he run him down and caught him, and took his tail off and put it on crossways to slow him up. Still he’s de fastest thing in de water. And dat’s why de porpoise got his tail on crossways.

END_OF_DOCUMENT_TOKEN_TO_BE_REPLACED

In the arid desert of southwestern Peru, the Nazca people eked out a perilous existence. They farmed and fished to survive in a part of the world where only four millimetres of rain fall every year. Despite all the obstacles to life in the desert, their culture thrived in the early centuries of the first millennium. They worshipped a wide variety of gods, which are depicted on their strikingly colourful pottery. Most famously, however, the Nazca people drew enormous pictures of their gods in the sand.

The Nazca lines depict many animals thought to represent figures from Nazca religion and mythology. Carefully planned and probably serving some ceremonial purpose, they were made by removing the reddish pebbles that carpet the desert, revealing the lighter clay beneath. The morning mist hardened the lime embedded in the clay, preserving the designs so that we can still puzzle over them today. Among monkeys, spiders and hummingbirds, a whale propels itself through the sand with its powerful tail.

END_OF_DOCUMENT_TOKEN_TO_BE_REPLACED

The great Polynesian explorers told far too many tales of whales to fit into a single post, and I hope to return to their stories throughout the course of this blog. Today I’d like to focus on one aspect of the Māori relationship with whales – their association with royalty.

Many of you may have seen the wonderful Disney film Moana, which tells the story of a young Polynesian woman who is torn between her duties as the future village chief and her calling to explore the ocean with the same sense of adventure that made her ancestors great navigators. Although whales do not feature in the film aside from a playful dolphin cameo, their teeth play a subtle but important role in the unspoken worldbuilding of Moana.

Moana and the demigod Maui in Disney’s Moana